Marzamemi is one of the most charming and authentic seaside villages in western Sicily. It is 3 km away from Pachino, within the province of Siracusa, and is surrounded by the deep blue Ionian sea which creates two natural small seaports along the coast, called “Fossa” and “Balata.” The multicoloured harbours abound with blue-, red and yellow-coloured Sicilian fishermen’s boats rocking slowly over the sea.

This “enchanted village”, as it is often called, extends around Marzamemi’s well-known tuna-fishery (“Tonnara”), famous since Arab sovereignty as one of the largest and most productive tuna fisheries in Sicily for its plentiful catching of tuna fish and for its salt drying and oil canning preservation. Today the Tonnara, the Palazzo di Villadorata (once the owner’s residence) and the nearby warehouse buildings have been recovered, thanks to attentive restructuring; some sections are being partially used as tourist accommodation and as venues for special events, as well as for Sicilian-style wedding receptions.

The village is made of many low-roofed little houses facing the sea made from local sandstone. The so-called “fishermen’s houses”, once the houses where the tuna fishery’s workers lived, all extend around the tuna fishery and the main Piazza Regina Margherita.

This is a typical Sicilian piazza, square-shaped, coloured in red geraniums in the morning, extremely attractive at sunset and when nicely lit up in the evening. Strolling around the village of Marzamemi, with its old narrow alleys shining under the warm light of the sun, leaves you somewhat enchanted while at the end of each alley you perceive the intense blue of the sea. 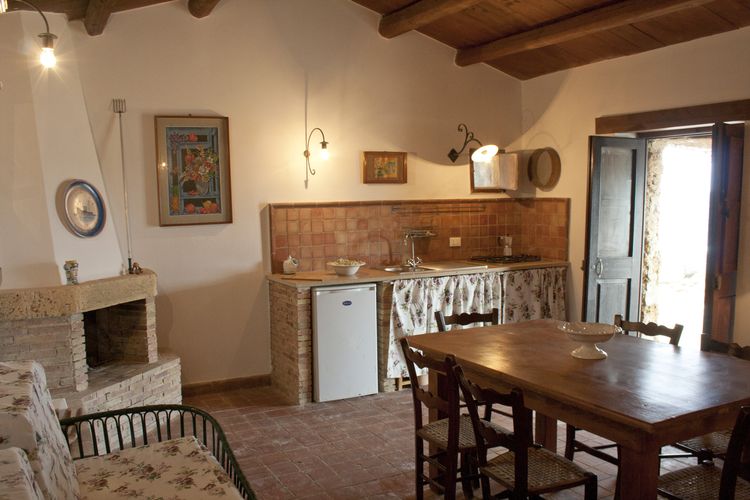 House of the SUN

The location of the house allows guests to enjoy an incomparable views of the Capo Passero island, and to breathe all day the sea breeze since it is just a few meters far from the sea. 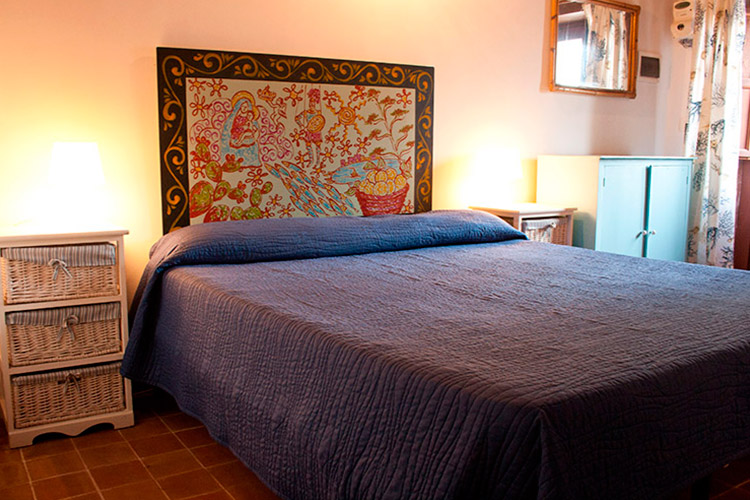 House of the MOON

It is a part of the triptych of houses of “Arabic garden” and it is the central one. The interior consists of two rooms pleasantly furnished. 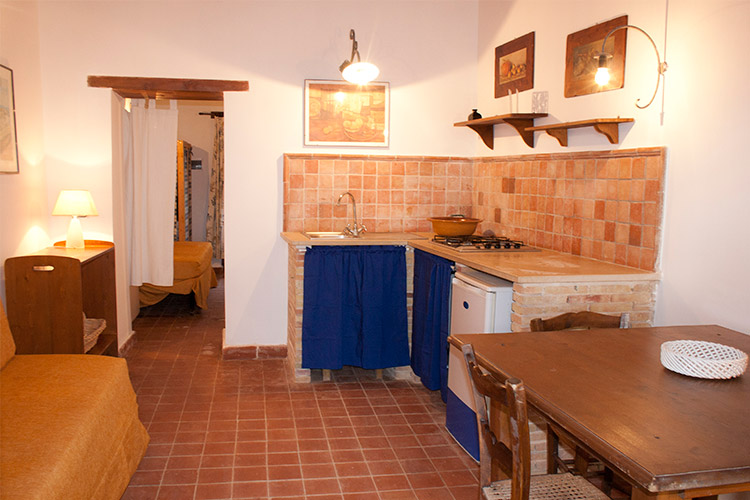 House of the STARFISH

It is the smallest of the triptych of houses of “Arabic garden” but not less comfortable than the other two.