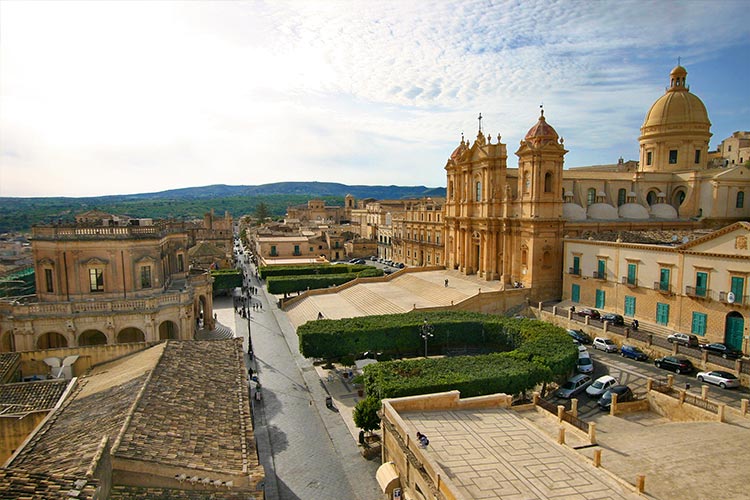 Noto is a small baroque jewel perched on a highland overlooking the valley Asinaro citrus. The beauty of Noto is enclosed in its monuments and historic buildings, they’ll be amazed by the harmony of their forms and the architectural richness and pomposity.

The city, called the Baroque capital for its important historical old town, was declared a World Heritage Site by UNESCO in 2002. The history of Noto is very old and has origins dating back to the Bronze Age. It became a colony of Syracuse, Hiero II below, and then possession of the Romans, he came under the rule the first Byzantine and then Arab.

Noto grew particularly under Ferdinand of Aragon, winning the title of city ingenious, until it was hit by a terrible event, the earthquake of 1693, which landed its ancient structures, leaving rubble and terror everywhere. Rebuilt with hard work and with the intervention of many, only recently it has managed to raise its image by focusing on tourism and art. In addition to the baroque palaces, Noto is famous for the Villa Romana del Tellaro, ancient Roman residence, that keeps in addition to architectural mosaics, and for some events, such as the Flower Festival, held every year on the third Sunday of May.